"I discovered that experiments on animals offer only the illusion of control. By simplifying and segmenting the life of an organism, we create false data which, combined with the differences among species, make our efforts to apply the results to man, useless."

"My research had only shown an already known phenomenon... it was completely useless because the conditions under which the animals were studied didn't correspond to the human condition to which I considered applying the result to."

"I think Psychology is an important branch of study, but we need to experiment on our own life." 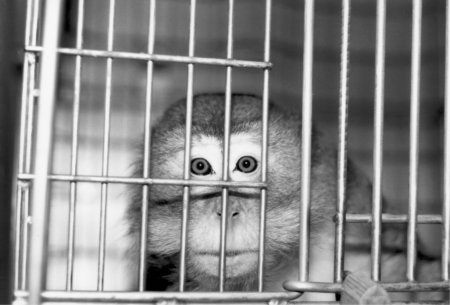 46. Monkey in a cage subjected to neurological experiments conducted by Dr. Edward Taub.
Courtesy of P.E.T.A. (1981) 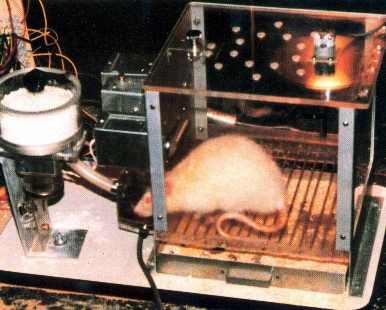 47. Experimental Psychology. The mouse is in an electrified cage, the so-called "Skinner Box", and is forced to learn to press a lever repeatedly in order to avoid an electric shock to its legs (Copyright Brian Gunn/ IAAPEA).
Photo drawn from: Entering the Gates of Hell, IAAPEA (1980's) 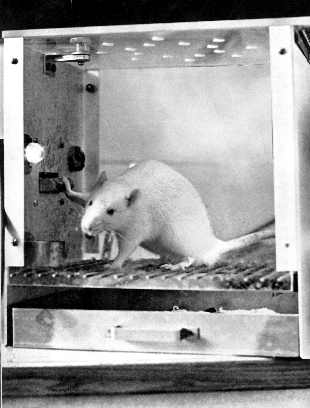 48. Each time the light flashes, the rat gets an electric shock which lasts until he presses the lever. After one hour, the animal stares at the light all the time, without interruption (Sweden)
Photo drawn from: Annual Pictorial Review of the Scottish Society for the Prevention of Vivisection (1950's - early 1970's) 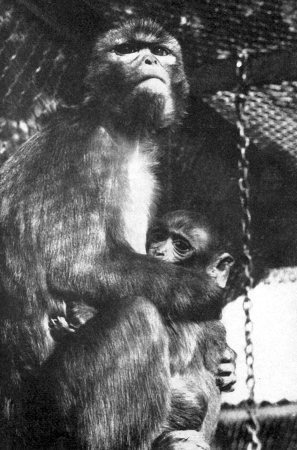 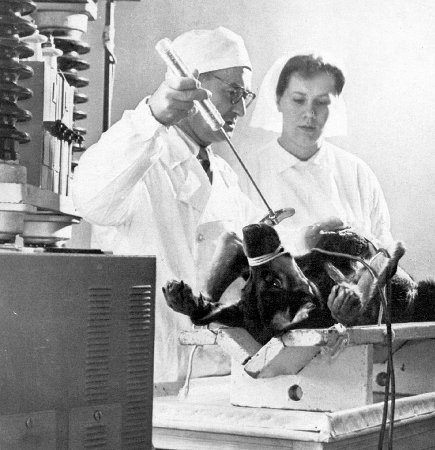 50. Experiment on heart fibrillation (URRS)
Photo drawn from: Annual Pictorial Review of the Scottish Society for the Prevention of Vivisection (1950's - early 1970's)