Descartes (1596-1650), the pioneer of modernism, established a radical difference between mankind and animals; the latter, for him, being simply objects, things.

Animals, according to Descartes, are machines, automatic things incapable of thinking or feeling.

Practical consequences: it was considered acceptable to nail down a living dog and without anaesthetic, to open it and study its nervous system. We were not supposed to hear their cries of pain: machines, in fact, make noises but do not feel sensations. 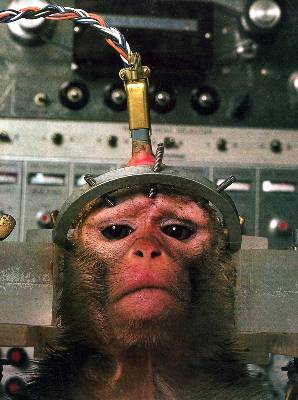 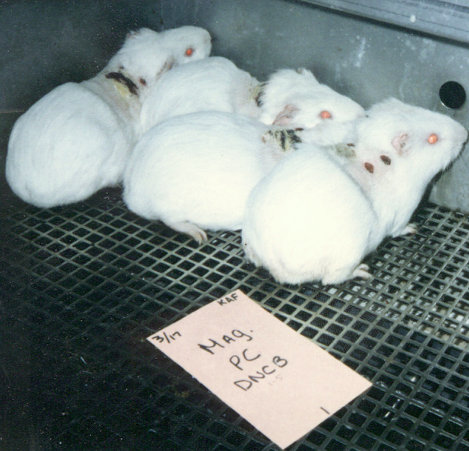 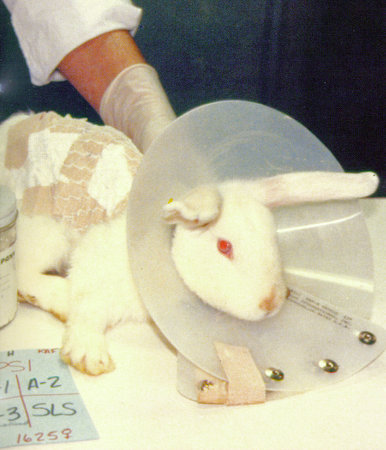 13. Rabbit subjected to Draize skin test for a cosmetic in the laboratories of the Mennen Company.
Courtesy of P.E.T.A. (1990's) 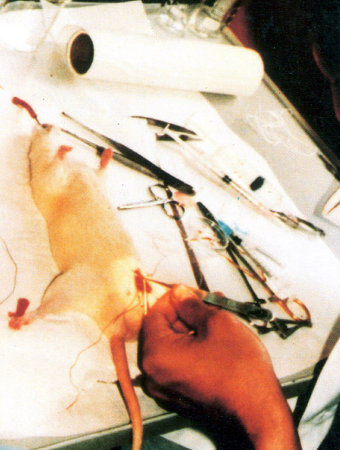 14. After the arteries have been severed in the groin of the rat, its skull is opened to conduct experiments on migraine. (Copyright Brian Gunn / IAAPEA)
Photo drawn from: Entering the Gates of Hell. (1980's).

15. Rat whose D.N.A. was genetically modified so that the skin is covered with wrinkles. It is used to test anti-ageing cosmetics.
Photo taken from: COLORS no.19/1997 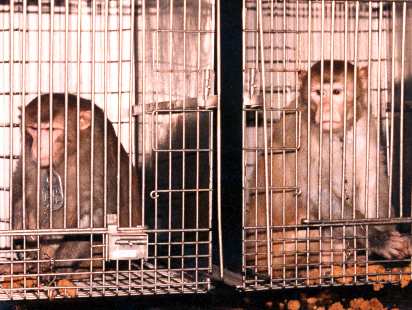 16. The frustration caused by prolonged imprisonment in small cages forces animals to adopt psychotic behaviour such as eating their own excrement.
(Copyright Brian Gunn / IAAPEA) Photo drawn from: Entering the Gates of Hell. (1980's).